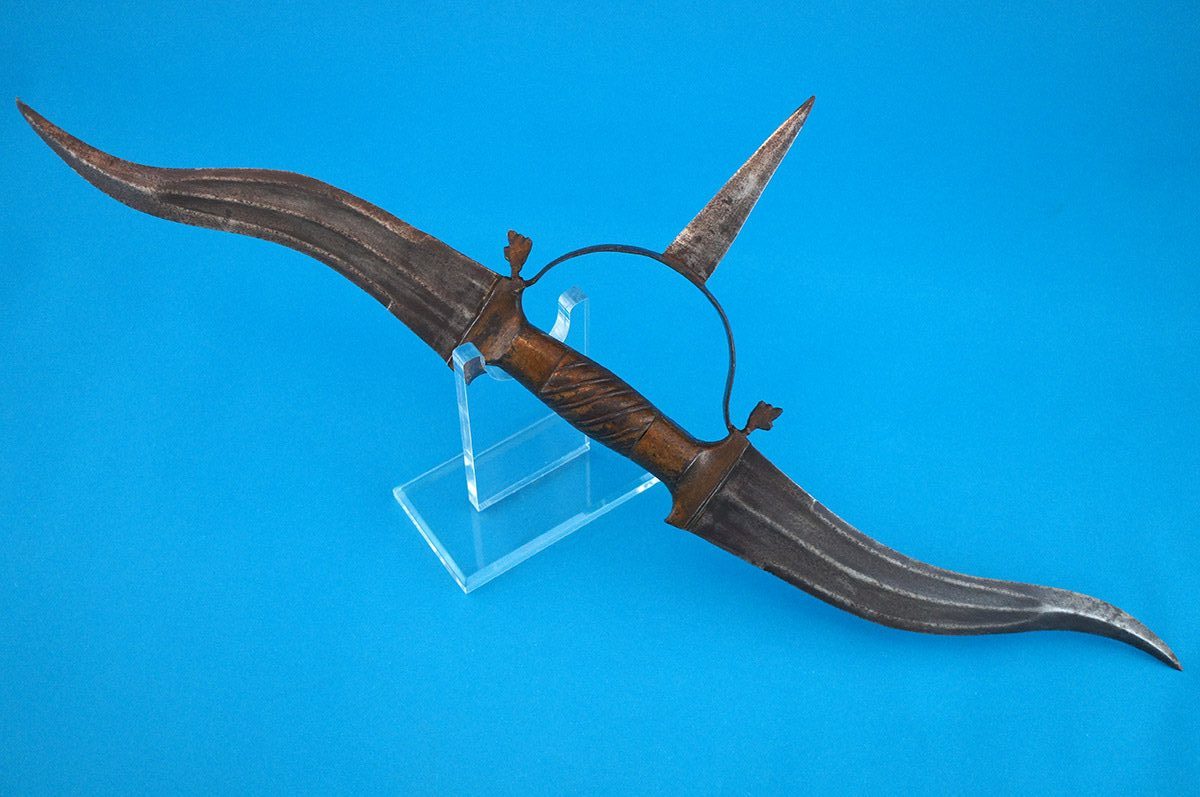 Here we have another unique weapon from the Indian Subcontinent. Known as a Haladie, it was used as a punch & parry weapon and was mainly used by the warrior communities of India such as the Rajputs. The haladie offered the warriors a weapon that could be used ferociously while also providing some level of protection. Constructed from steel all three blades are amazingly sharp. The two flanking blades brandish swollen armour piercing tips and subtle fullers, while the centre blade is supported by a knuckle guard. The handle is forged with protruding lines for secure grip and much of its original gilding remains. In amazing condition with nice patina indicative of age. A rarity from the Indian arsenal.