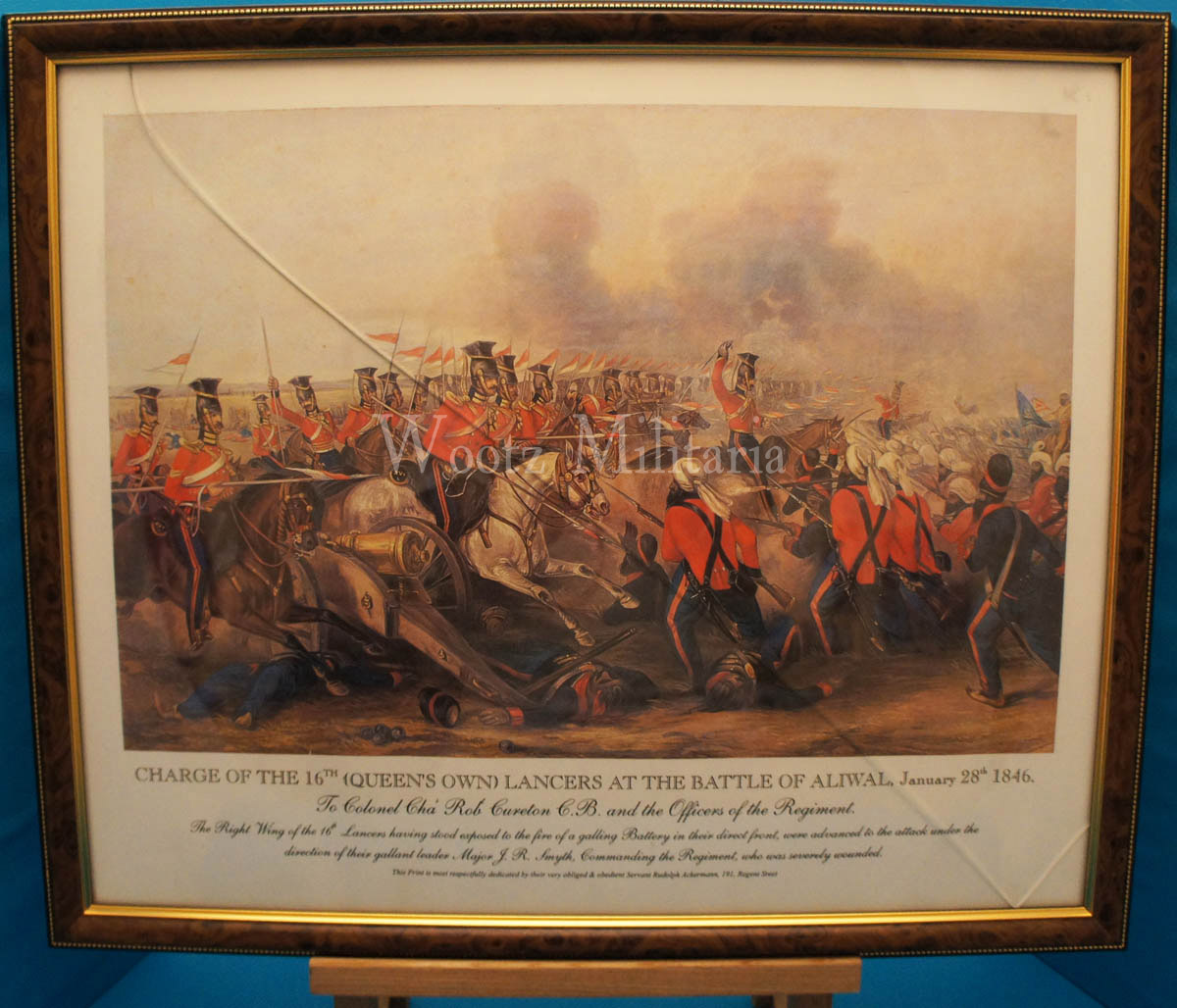 Rare large framed print of the battle of Aliwal

Rare original picture printed 1846 titled “Charge of the 16th (Queens Own) Lancers at the battle of Aliwal, January 28th 1846”
Text reads, To colonel Cha Rob Cureton L.B. and the officers of the regiment. The right wing of the 16th Lancers having stood exposed to the fire of a galling battery in their direct front, were advanced to the attack under the direction of their gallant leader Major J. R. Smyth, Commanding the regiment, who was severely wounded. This print is most respectfully dedicated by their very obliged servant Rudolph Ackermann, 191 Regent Street.