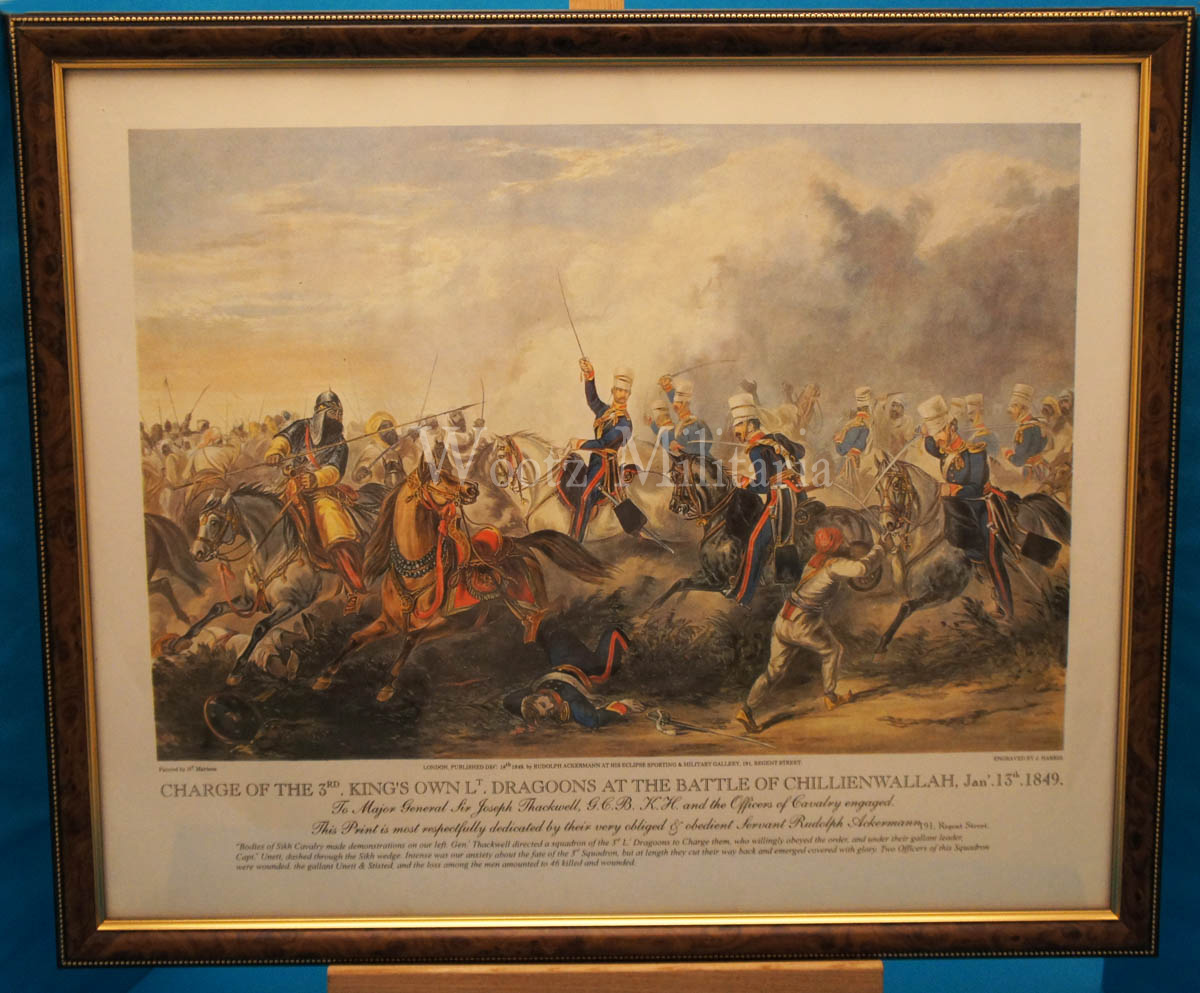 Rare large framed print of the battle of Chillienwallah

Rare original picture printed in Dec 1849 titled “Charge of the 3rd Kings Own Lt. Dragoons at the battle of Chillienwallah, Jan 13th 1849” Text reads, To Major General Sir Joseph Thackwell, G. C. B. K. H. and the officers of the cavalry engaged. This print is most respectfully dedicated by their very obliged & obedient servant Rudolph Ackermann 191 Regent Street.
“Bodies of Sikh Cavalry made demonstrations on our left. Gen Thackwell directed a squadron of the 3rd L. Dragoons to charge them, who willingly obeyed the order, and under their gallant leader, Capt Unett, dashed through the Sikh wedge. Intense was our anxiety about the fate of the 3rd Squadron, but at length they cut their way back and emerged covered with glory. Two Officers of this squadron were wounded, the gallant Unett & Stisted, and the loss among the men amounted to 46 killed and wounded”